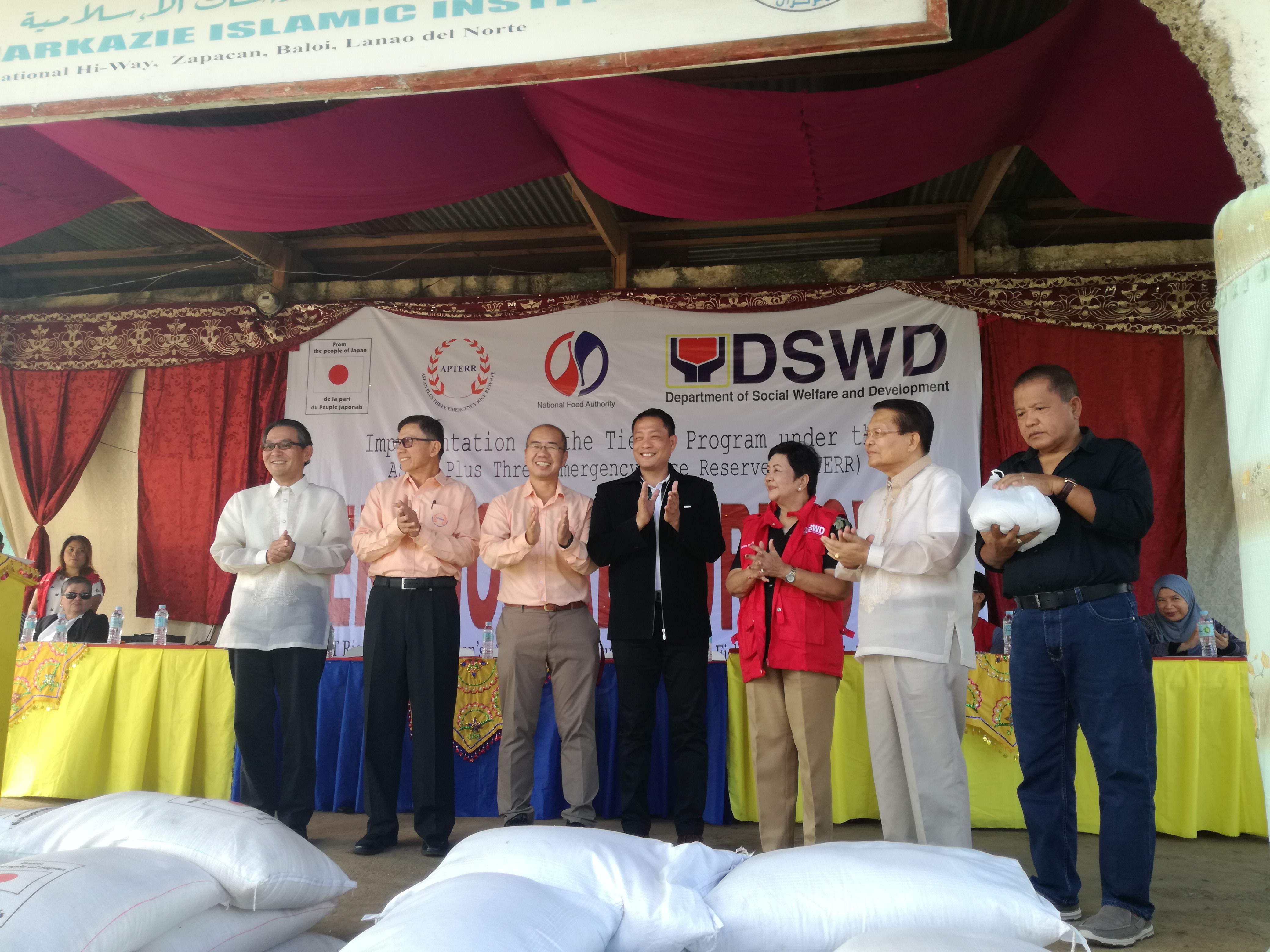 The rice was contributed by the Government of Japan through APTERR to help people affected by conflict in Marawi. The NFA in collaboration with the Department of Social Welfare and Development (DSWD) will allocate the donated rice to 7,485 households in 13 cities/municipalities. Some of beneficiaries are still living in the evaluation centres while some have already returned to their home.  At the ceremonial turn over. There were 125 rice bags allocated to the beneficiaries during the ceremonial turn-over program