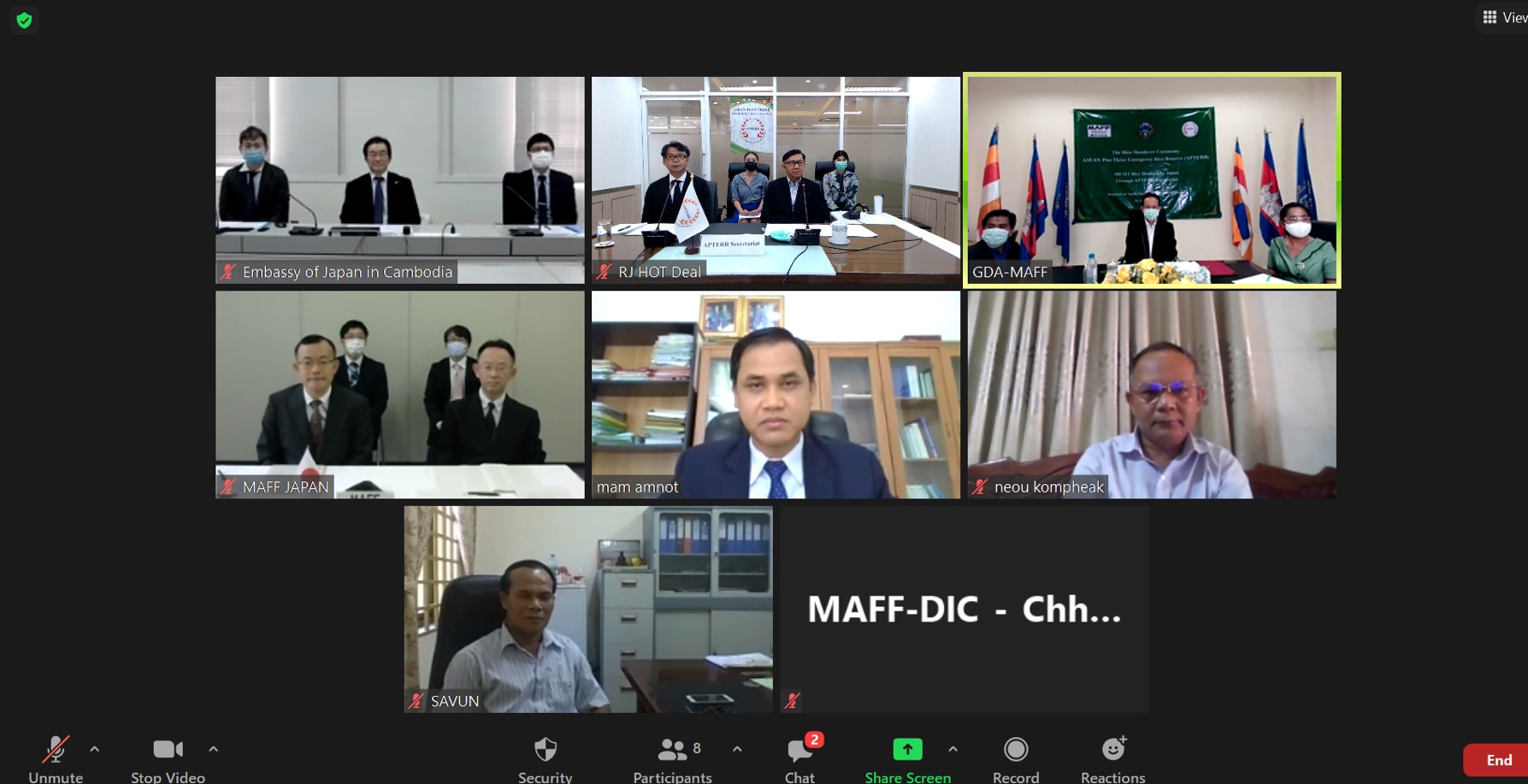 On 23 March 2021, Mr. Chanpithya Shimphalee, General Manager, led the APTERR Secretariat to participate in the ceremonial handover of 300-MT rice contributed by Japan through the Tier 3 programme as one of its endeavors to ensure food security in Cambodia. The ceremony was hosted and organised virtually by the General Directorate of Agriculture (GDA), Ministry of Agriculture, Forestry and Fisheries (MAFF) of Cambodia under a supervision of Dr. Ngin Chhay, Director General, who also participated in the event.

During the event, Mr. Shimphalee conveyed his heartfelted sympathy and condolences to those who have fallen victim to the severe and unusual natural calamities as well as provided utmost gratitude to the Government and the people of Japan for the generous contribution not only this time, but also throughout the period of APTERR existence since 2011.

Meanwhile, Japan’s continuous funding and commitment to the implementation of the Tier 3 programmes in Cambodia and other ASEAN Countries was also highly commended by H.E. Mam. Besides, the APTERR Mechanism also received a deep appreciation along with a greater recognition from Mr. AMO as an indispensable organisation playing an importance role in facilitating timely rice assistance and strengthening over sustainable food security in the ASEAN Plus Three Region. Regarding this, H.E. Mikami informed that further assistances on the recovery and rehabilitation will also be continually provided to help the communities get back on their feet.

Under the 300-MT rice contribution, 222 MT will be distributed to people heavily suffering from prolonged drought and severe floods in various areas of the country. The provinces designated to be receiving rice assistance are Banteay Meanchey, Battambang, Pursat, Kampong Thom, Thbong Khmum and Prey Veng. In the same time, the remaining 78-MT will continue to be kept under the pre-positioned period in preparation for addressing the potential emergency situation emerging in the country in the future.