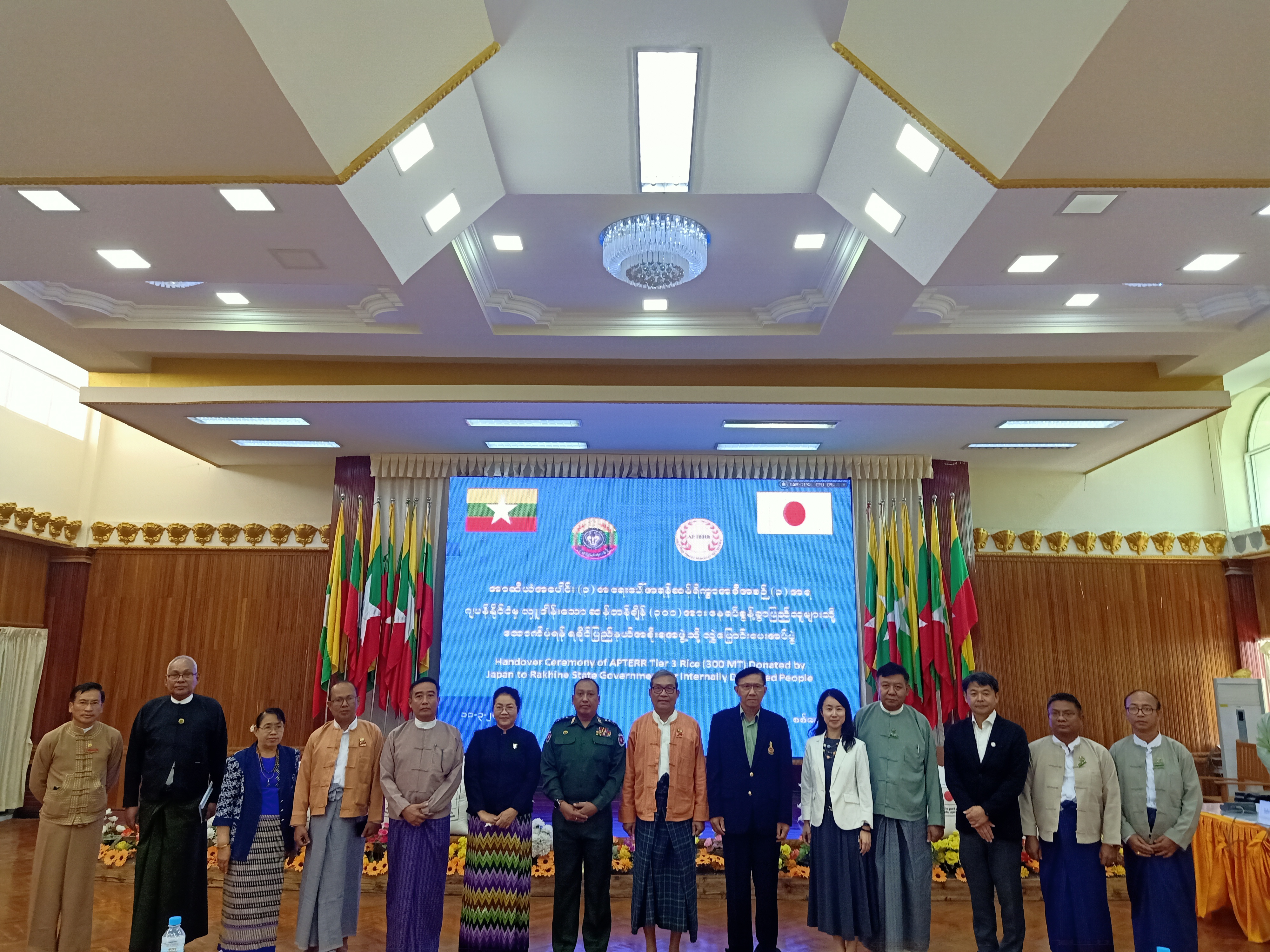 Representatives from the APTERR Secretariat together with the Japanese Embassy in Myanmar as well as the Department of Agriculture (DOA) of Ministry of Agriculture, Livestock and Irrigation of Myanmar attended the ceremonial handover of 300 MT of rice contributed by Japan through APTERR’s Tier 3 programme to Myanmar. This event was hosted by the Rakhine State at the State Government Office on 11 March 2020 and presided by the Chief Minister U Nyi Pu.

Amid a continuing violence caused by the ethnic group, more than ten thousands of people have been forced to leave their homes and stayed in the IDPs camps located around the Rakhine State. Food shortage is one of the most concerning issues of the Rakhine State Government.

The Chief Minister U Nyi Pu expressed his sincere gratitude and appreciation to the Japanese government for generous contribution of the rice and the APTERR Secretariat for facilitating the programme implementation in response to the request of the Myanmar government.

Meanwhile, the General Manager of the APTERR Secretariat Mr. Chanpithya Shimphalee expressed his condolences to those affected people and praised the DOA especially Deputy Director General of DOA and the APTERR Council member Mr. Aye Ko Ko and his team for hard works and dedication in enhancing food security in Myanmar.

Later, the APTERR Secretariat visited two IDPs camps in Sittwe district to distribute the rice to people affected most of which are women, children and elders.  The 300-MT rice assistance will be distributed to almost 34,000 beneficiaries in nine townships from three districts in Rakhine State.