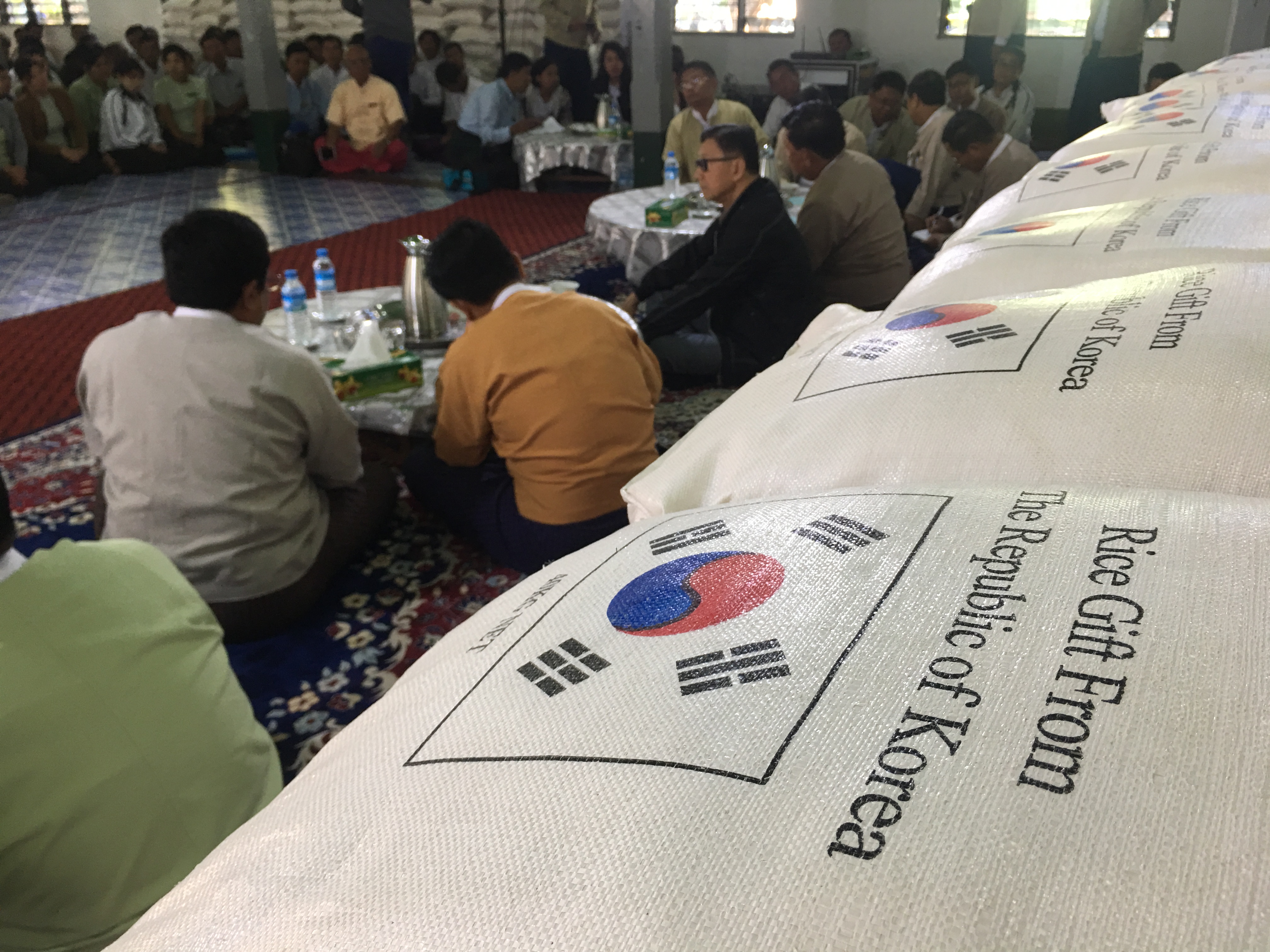 General Manager of the APTERR Secretariat Mr. Chanpithya Shimphalee together with Deputy Chief of Mission Minister Counsellor of the Embassy of the Republic of Korea (ROK) in Myanmar Mr. Jung Yung Soo attended the ceremonial distribution of rice contributed by the ROK to help people affected by severe monsoon floods in Myanmar.

During the 2-day rice distribution programme held in Yae Tar Shae and Kawa townships in Bago region and Bilin township in Mon state, representatives from the Department of Agriculture (DOA), Ministry of Agriculture, Livestock and Irrigation of Myanmar led by Director General of the DOA Dr. Ye Tin Tun and Deputy GD and APTERR Council Mr. Aye Ko Ko, the Chief Minister of Bago region Mr. U Win Thein as well as ministers of Bago region and Mon state also participated in this significant event.

Under this Tier 3 programme contributed by the ROK, the APTERR rice will be distributed to five regions and states namely Bago, Mon, Kayin, Tanintharyi and Rakhine with the total number of more than 175,000 beneficiaries.   Besides, the ROK made a contribution of 500 MT of rice to help people affected by floods, human conflict as well as poverty in Myanmar during 2017-2018.